Every couple of weeks, I field a question or two from someone who wants to learn marketing. Interestingly, these questions are never from students, but people who are established in their own careers (often business owners or would-be business owners) and know that the next step forward in their growth is to gain the ability to promote their business (or themselves) and persuade prospects.

As the latest and “greatest” releases are always being promoted by the authors and publishers, I wanted to compile a list of foundational marketing and persuasion books that most casual (or new) students of marketing haven’t discovered.

Here, then, are the top marketing books you’ve probably never read (in no particular order): 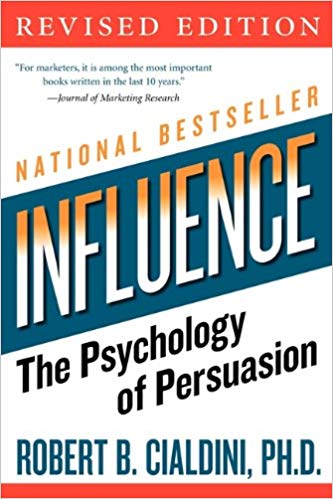 Influence: The Psychology of Persuasion by Dr. Robert Cialdini

I tell people all the time that marketing is 60% applied psychology, and this book is a perfect example of that. Dr. Cialdini is a Psychology from Arizona State University.

In this book, he identifies 6 principles that you and I see almost every day in some form or fashion and how they are used to manipulate people.

You hear this book is written by a psychology professor and you think it’s going to be all experiments and studies, and really academic. But the good news is that it’s not like at at all. He actually does a really job at relating these principles to everyday situations.

If you want to learn how to get people what you want them to do, this book is where you start. 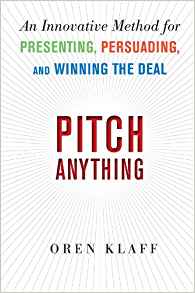 Pitch Anything: An Innovative Method for Presenting, Persuading, and Winning The Deal by Oren Klaff

This is the newest book in the all of the recommendations I have for you today. It was written in 2011 by a guy named Oren Klaff, and he is the guy that you want to hire when your company is seeking big outside investor dollars. So when you’re looking to raise $50 million dollars from venture capitalists, this is the guy you hire to fly in on a private jet and convince these people to invest in your business. It’s sales at the highest level. And what’s cool about this book is he really takes you into how to arrange your pitch in a way that can best absorbed and acted upon by the brain. And the same principles that work for a multi-million dollar pitch will work for your marketing. It’s a really good book. 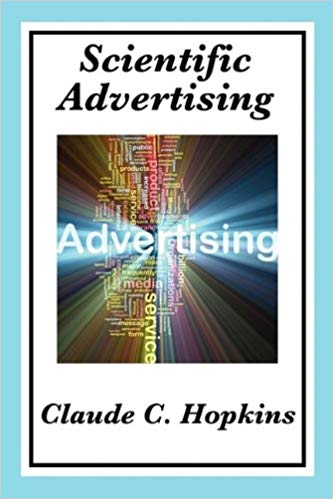 This is an absolute classic. And by classic, I mean a number of things. First of all, yeah, it’s old. It was written in 1923. And it kind of feels like it. But whatever you do, don’t let that throw you.

David Ogilvy — and we’ll talk more about who he was in a minute — Ogilvy was reputed to have said that everyone in marketing should read this book seven times.

And this is one of those books where every word has a good reason for being there. It’s pretty short, I think it’s only about 90 pages. So you can get through it pretty quick. It’s clear, it’s concise, and it’s one of the best foundational marketing educations you’re ever going to get. 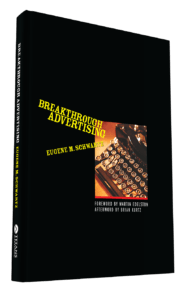 So the best way to follow a classic is with with another one, and that’s exactly what this book is. Written in 1966 and reputedly the most-stolen book from the New York City public library system, Breakthrough Advertising isn’t so much a book you read, it’s a book you study.

Note: The best (and only truly legitimate) way to procure a new copy of this book is to buy it through this site, which is authorized by the family of Eugene Schwartz. 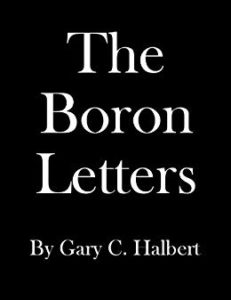 The Boron Letters by Gary Halbert

Now this is an interesting book. It’s actually written as a series of letters from Gary Halbert to his son. And I don’t think I’m spoiling anything to tell you that the dad is writing to his son from a federal prison camp. He spent 10 months there for a crime that he says never even really happened. But don’t let all that dissuade you from wisdom in this book. He actually called that experience the most valuable experience he ever had. And he’s one of the most influential figures in direct marketing and definitely someone worth studying. 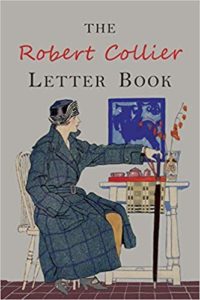 This book is a collection of sales letters written by, well, as you can guess, Robert Collier. Again, this is some old stuff, but you’ve got to recognize that the principles of human behavior haven’t changed even the least little bit since 1930, and I don’t foresee much change coming in our lifetime.

It’s definitely worth picking up. 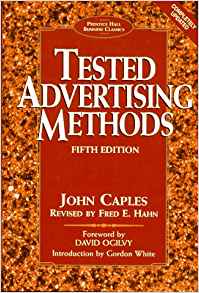 John Caples is another one of the absolute legends of advertising. In fact, they named an award after him that I think they still give out every year, it’s called the Caples Award.

If you’ve studied any old marketing at all, you’ve probably seen some of his work. John Caples was the man who wrote what some people called the most perfect headline ever. It was for an instructional course. And here’s what he wrote: “They Laughed When I Sat Down At The Piano, But When I Started To Play…!”

They sold a ton of those piano lessons on the strength of that headline.

One thing I like about Caples is he’s really good at teaching you how to play to peoples’ emotions. And in today’s overcrowded, over-advertised environment, that’s a critical skill. 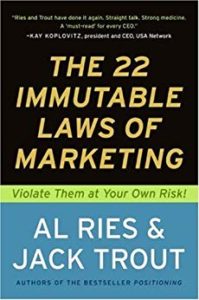 The 22 Immutable Laws of Marketing by Al Ries & Jack Trout

This is a little bit more modern book, originally published in 1993. It’s a series of basic marketing principles that will apply to a lot of different situations. It’s a lot quicker and easier read than some of the other titles I’ve recommended today, and it definitely belongs on every marketer’s bookshelf. What’s good about it is you can pick it up for a few minutes, read one of the principles, and then move on to other things. It’s a good read. 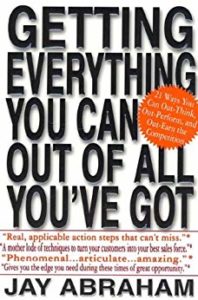 You really can’t get a list of foundational marketing books together without mentioning Jay Abraham. He is a modern leader in the field. And this book, I think, is maybe the best for the small business owner. It’s about uncovering hidden opportunities in your business. It’s a surprisingly good book that really can help you, as the title say, get everything you can out of all you’ve got. 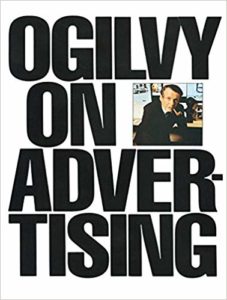 Ogilvy On Advertising by David Ogilvy

If you’ve never heard of David Ogilvy, you are really in for a treat. If you remember the show “Mad Men” on AMC, he was basically the real Don Draper. Not so much for his personal flaws, but for his professional performance, definitely. And he did come up with some of the most iconic ad campaigns of all time.. American Express: “Don’t leave home without it.” That was him. The World’s Most Interesting Man from the beer commercials? He came up with the original idea for a dress shirt decades ago, and the Dos Equis people copied him.

Now this book was the manual on advertising, and it’s got tons of examples in it and very, very practical, actionable advice. You’ve got to get this book. 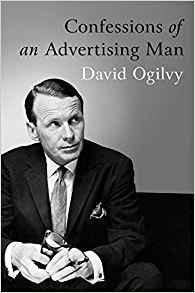 Confessions of An Advertising Man by David Ogilvy

And if you’re impressed by David Ogilvy, and you will be, I’ve got a couple more recommendations for you: the first is “Confessions of An Advertising Man.” You remember when I mentioned Mad Men a little earlier. Roger Sterling buys this book in season three and talks about it. Anyway, this book is sort of a memoir, but it’s still got some great lessons in it. 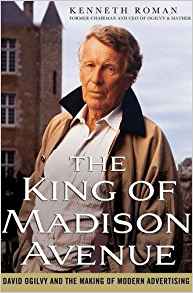 The King of Madison Avenue by Kenneth Roman

Now the final book also sort of plays on the David Ogilvy theme, and it’s probably the best biography out there of the guy. It’s written by Kenneth Roman, who is the former CEO of the advertising firm Ogilvy and Mather. It’s a pretty fun read, and if you get kind of bitten by the bug of wanting to learn more about David Ogilvy, you’ll probably want to pick it up.